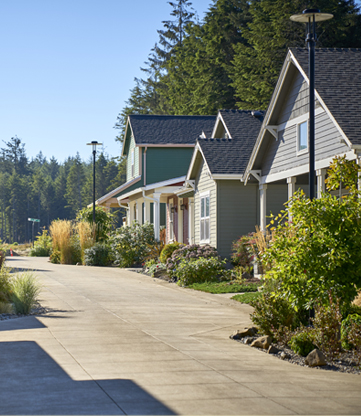 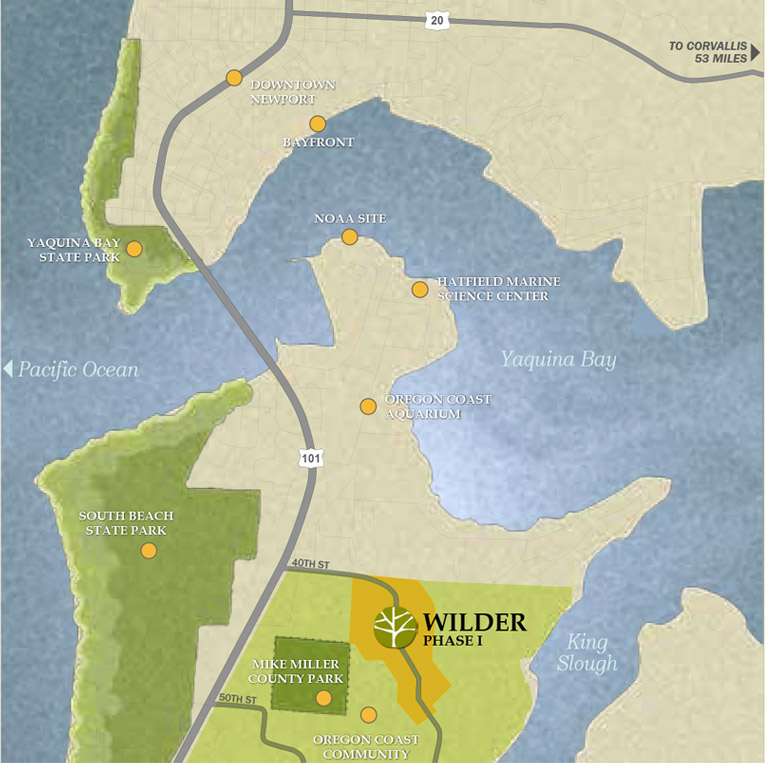 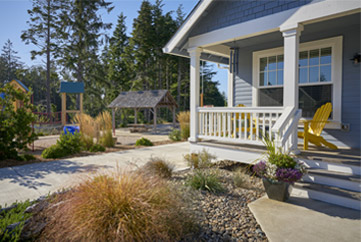 Front porch houses and walkable streets are the hallmark of Wilder's neighborhood design. There are no common areas (except in the Ellis Street cottage cluster), and you won't find human-made amenities like swimming pools or tennis courts, so the ongoing cost of living here stays minimal - currently about $6.00/month for HOA fees. One principle of home design we follow is to put living areas at the front of houses where possible so owners can have "eyes on the street" and neighbors can see or be part of what’s going on in their neighborhood. At elevations of up to 125 feet, Wilder is outside the marked tsunami inundation zone.

Wilder was carved from a sustainable yield forest that spans Kings Slough in the Yaquina River. The remainder of the acreage is still in timber production. An established permit system allows Wilder residents to walk or bike on the logging roads. Wilder is connected to Mike Miller Park by a trail system that will continue to expand with Wilder. We like to say that nature is the amenity that Wilder offers. With Wilder’s location in a Wildland Urban Interface area, the HOA recently participated in a program to reduce wildfire fuels on the land closest to the homes. The brush and tree thinning was done in collaboration with the City and the community college by professional timber managers under guidance from the Oregon Department of Forestry. 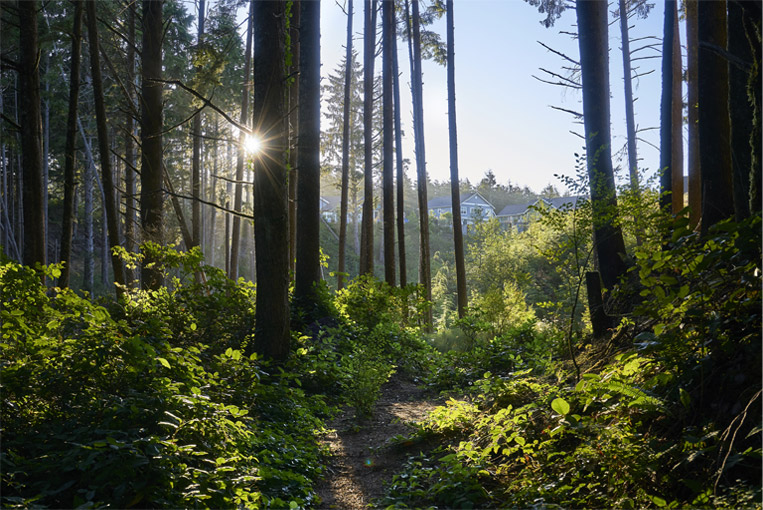 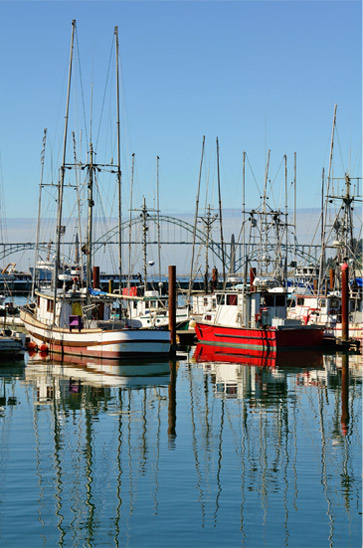 At just over 10,000 people, Newport is one of the largest cities on the Oregon coast. Nestled between the Coast Range and the Pacific Ocean, it is known as the Dungeness capital of the world. With an active fleet fishing salmon, as well as Dungeness crab, and with its seafood processing plants, it is one of the few coastal cities in Oregon with an economy supported by more than tourism.

Another contributor to Newport's economy is maritime sciences. Most of this "ocean observing sector" is centered in South Beach. The biggest draw is the Oregon Coast Aquarium. Just down the street from the Aquarium is Oregon State University's Hatfield Marine Science Center, renowned for its Marine Mammal Institute and oceanographic research. The National Oceanic and Atmospheric Administration (NOAA) recently moved its marine operations center - Pacific from Seattle to new facilities in South Beach. The Oregon Museum of Science and Industry, whose main operation is in Portland, has established Camp Gray for kids' science retreats and conferences.

Of course, the picturesque lighthouses, marinas, resident sea lions and migrating whales offshore all contribute to attracting thousands of visitors to Newport each year. The Bayfront is known for the kookiness of Ripley's Believe it or Not and the Waxworks, as well as blocks of restaurants and shops; the Nye Beach neighborhood treasures its quaint feel; Agate Beach on the north end of town is just what it sounds like. 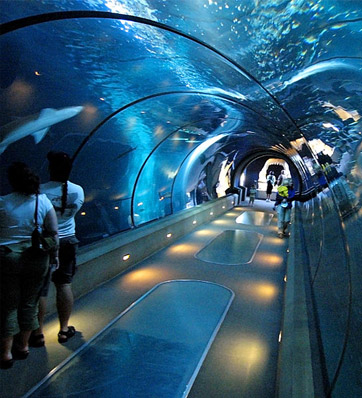 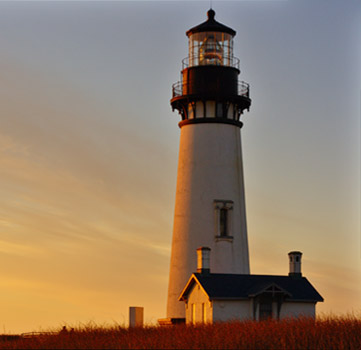